Creative Poster Promotions for a local small business. This project included photography, typography & graphic design to create a promotional poster to hang around town, as well as images which could be published on Social Media channels. A combination of Adobe Lightroom and Adobe Photoshop were used to finish the poster. More details are below.

This set of images was created when the local ballet, the International Academy of Dance decided to put on a show with Dorothy and the Wizard of Oz as the theme.

After meeting with the owner of International Academy of dance, we decided to do a photo-shoot with the ballerina who was playing Dorothy in the show. The concept was to create a poster that resembled and was inspired by the land of OZ from the books written by L.Baum.   I decided to photograph the ballerina over a simple white backdrop so that it would be simple to complete the artwork around the dancer.  The plan was to create the magic of OZ inside of Photoshop later. The ballerina was photographed with a real dog who resembled Toto.

These are the original photographs, a very simple setup with a portable white backdrop and backdrop stand. I used one light, a simple Yongnuo 685 Speedlight on a light stand, about 45 degrees off camera (OCF), with a fast shutter to catch the movement of her dress.  I had the ballerina do several still poses, some swirls and some jumps so we would have a nice selection of images to choose for the final poster.

Part of doing Freelance Graphic Design is wearing many hats. In this case, I had to be the coordinator, the art director, the photographer as well as the client liason communicator and then the final editing of the image and typographic design was all part of my role. I put alot of energy into this poster because I was wearing so many hats, its slightly different than a gigantic creative advertising agency when you are a a creative graphic artist taking on different clients to help local businesses promote their services, shows and products.

Taking the photographs with the Studio Owner (Shannon) was fun, and we even had a little dog as part of the photographs.  Having a very usable, and well lit photograph was essential for the design that I had in mind, to put Dorothy (the ballerina) into an OZ inspired scene to promote the show.  You can see how much work was done when you compare the original photograph below to the poster above. 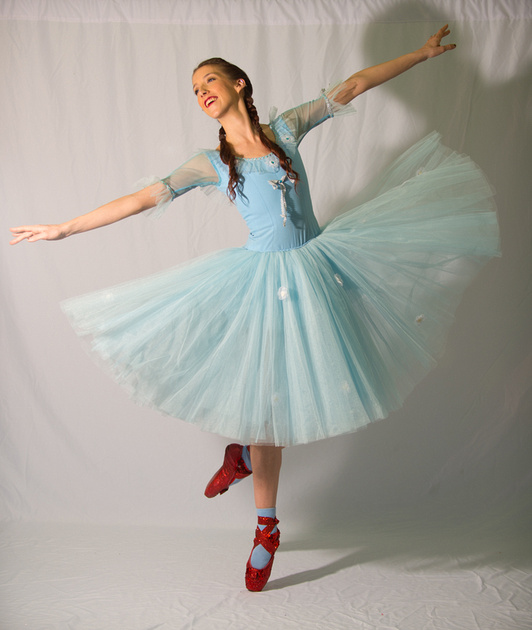 Some other images from our Photo-Shoot below. 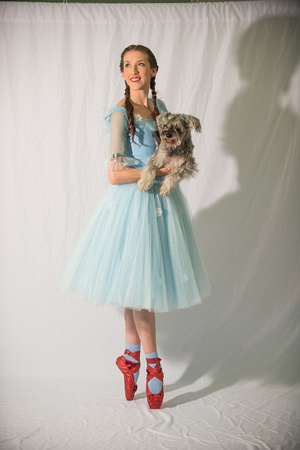 Here are some of the other edits which I played with while developing this poster. You can see I was playing with the light source while editing in Photoshop to give the background more depth and dimension. The castle in the back which is the emerald city was something I had available in my library of illustrations. 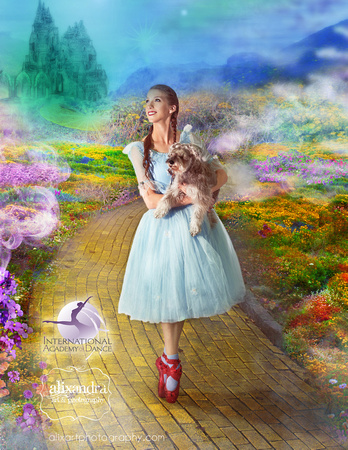 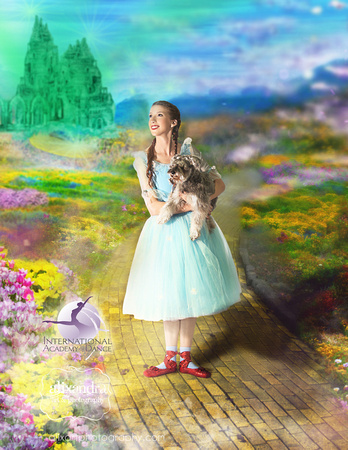 I really enjoyed this project because the Dance Studio was a very creative place and it allowed me to combine my love of photography, with design and digital artistry to create a unique image.